Got a Nanny Job in Glasgow? Our Top 7 Trip Ideas 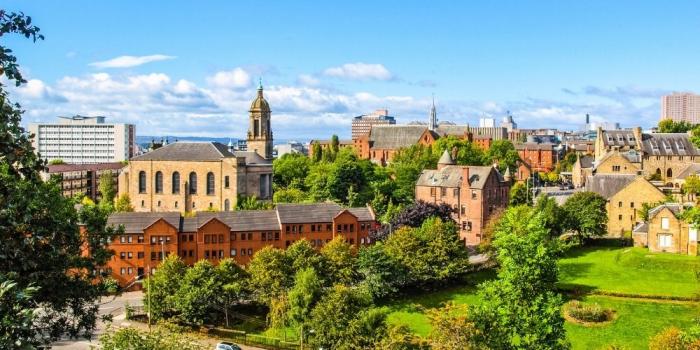 Glasgow is known for being one of the friendliest places in Scotland. Once an important shopping port, the city has gone through changes and had become the place for some of the best restaurants and attractions in the country.

Nannies and children who have a chance to walk around Glasgow will never get tired of exploring its beautiful parks and massive football stadiums. The children are also sure to have a memorable experience touring all the fun museums and art installations.

If you have children who are into adrenaline-filled activities, many sports centres offer wall climbing and water-based games for children of all ages. There is so much you and the kids can do in Glasgow. Here are the top places you and the children can visit in Glasgow.

George Square is known for its statues and monuments dedicated to some of the most influential Scottish people in history. Laid out in 1781, the square was named after King George III who became the king of Great Britain in 1760.

If your children are history buffs, they will definitely love running across the square and getting up close to the monuments of famous people, including Scotland’s national poet Robert Burns, Steam Engine inventor James Watt, and renowned Scottish biographer Sir Walter Scott.

If you and the children are looking for a few hours of escape from the hustle and bustle of the city, Loch Lomond offers some of the most scenic landscapes in Scotland. Nannies can book for a day trip that may include outdoor activities such as cruising the lake in a steamship, kayaking, canoeing, fishing, and biking.

Nannies who are taking care of older kids can also go on a hiking trip. Loch Lomond has short and moderate hiking paths. They also have long-distance trails, including the West Highland Way and The Three Lochs Way.

The Tall Ship is the only remaining Clyde-built ship found in the U.K. Built during the Victorian era, this sailing ship initially served as a bulk cargo carrier and a training school before it was turned into a museum.

Visitors can go on self-guided visits. You can also join their maritime-themed events and tours. Individuals and families can enter the museum for free, while groups are required to pay a small charge.

Celtic Park is a football stadium that serves as the home ground to the Celtic Football Club since they were established in 1887. The stadium also hosts large concerts and the opening of the Commonwealth Games.

If your children are fans of Scottish football, you can buy tickets to watch a game. They also offer a one-hour guided tour of the stadium, which covers its history and visits to key areas.

Pollok House is an elegant stately home built in 1752. The estate, which is now managed by the National Trust for Scotland, houses an extensive, private collection of works from famous Spanish painters, including El Greco, Francisco Goya, and Alonso Sanchez Coello.

The house also has a garden that is home to 1,000 species of rhododendron. It also houses the Pollok Park Beech, a tree that is thought to be at least 250 years old.

Get you and your kids a taste of the best Mediterranean dishes at Turkiye. Situated in Merchant City, this kid-friendly restaurants over affordable and authentic Turkish meals that cater to both adults and kids. They also have a kids’ menu that carries classics like fish fingers and chicken shish kebab.

Big Feed is located in the Glasgow market and features some of the best Scottish dishes. The food market is an excellent place for nannies and children who want to try out a wide variety of dishes. It also has a large space for kids to run around and play.

If you and the kids are looking for Italian dishes, there is no better place in Glasgow than in Qua. Found in Merchant City, this family-friendly restaurant has a menu that is widely popular to kids. They can also cater to any dietary restrictions you or your kids may have.