Working as a British Governor in Moscow 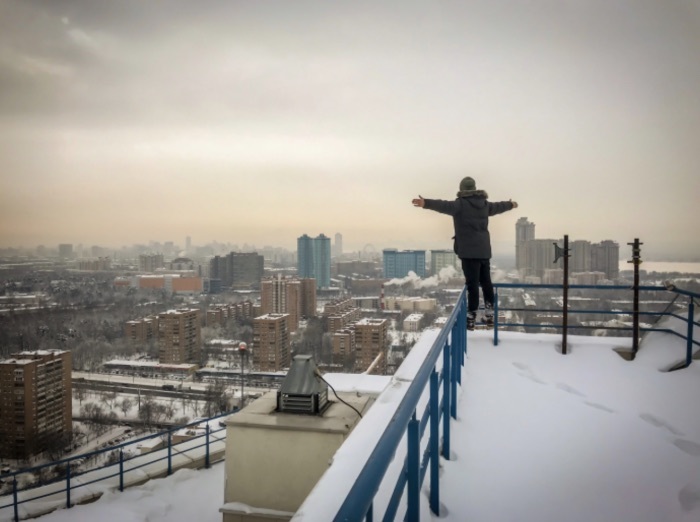 Working a governor job? This seems to be one of the more interesting expat jobs in Moscow!

Well, around a year ago, I moved to Russia! I had decided to take a position working as a British governor for a VIP private family in Moscow, teaching English to their two young boys. As well as providing structured classroom-based lessons for these students, I do a lot of my teaching for the family through interactive play and general conversation and I take a role in their sporting and creative development - swimming, football, tennis and more. I also travel with the family during the holiday periods, where we often end up in pretty fabulous locations: France, Italy, and the Maldives have been some of my favourites.

Moscow is an unusual destination – how did you end up there?

I happened to have a chance conversation with an old friend from university who was working as a British governess.

She told me a little bit about what she was doing and I was intrigued to find out more. I did some research online and started to look into opportunities to work as a governor abroad. I registered with a governor and nanny and governess agency called Elite Educational Development (EED), which paired me with a family that suited my skill set and experience and before I knew it I was on a flight to Moscow!

What were your first impressions of Moscow?

Coming into Moscow the first time I was admittedly nervous and not quite sure what to expect. In Britain, and certainly in my family, we have a rather preconceived view of what Russia is and what Russians are like as people. But arriving into the city, I was amazed by the huge buildings, their character and architecture. Everything was new and exciting, but I felt comfortable straight away and excited to explore. As well as European restaurants there were bars serving vodka and caviar. The museums and galleries were fascinating.  I visited the Russian bathhouse with other expats, and went into the centre to check out at the various networking and international events that happen regularly in the city.

Did you find it easy to integrate into life in Moscow?

Yes, it was surprisingly easy actually. The agency had a good support network; they met me and introduced me to other people working as a nanny, governor and governesses,  also living in Moscow. Everyone I’ve met so far has been friendly and helpful in what can be a confusing country at times. I ended up buying the Russian yoghurt ‘kefir’ a few times instead of milk, a classic mistake. However, there is a wonderful expat community here that you can turn to with most questions, and it is surprisingly easy to find like-minded people with similar interests to you.

Are there any experiences in your first year of work that stand out for you?

The travel and the places we visited were amazing. An Autumn trip to the Maldives last year was a special experience for me. Taking a seaplane and landing on a pontoon out to sea before being collected by boat and taken to a truly beautiful island was, quite frankly, breathtaking. Two weeks of exceptional food, sun, and sea is a memory I’ll cherish for a long time - the perks of the job! Although it must be said that the tutoring isn’t always easy, it’s a challenge to keep coming up with new lesson plans and ideas to keep the kids busy, developing their language skills and making sure they’re out of trouble!

And now you’re finishing your first year as a governor in Moscow – what’s next?

I’ve had a great first year in Moscow. Right now I fully intend on staying for at least another year, perhaps even longer. I would like to further improve my knowledge of the Russian language, integrate myself more into city life and continue the good times!

Have you worked abroad in a nanny job or a governess/ governor role? How did it go? Let us know about your own experiences in the comments!

Henry, aged 26, graduated from the University of the West of England before tutoring English in the UK and working for kids’ sports activity company PGL.