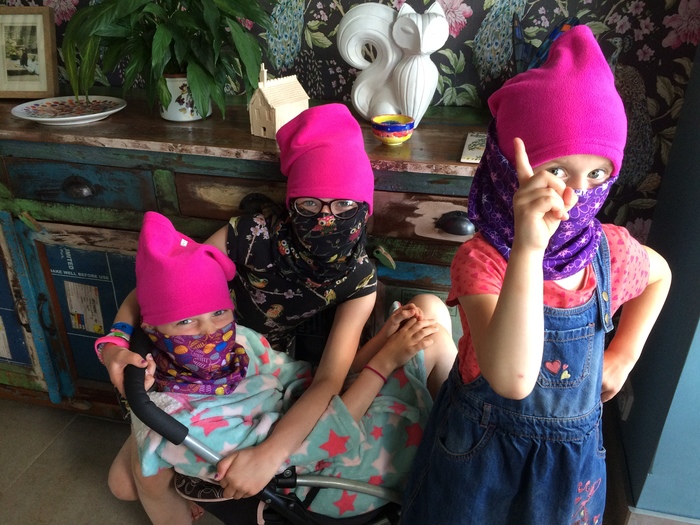 Confessions of a nanny!

Trying to be the perfect nanny all the time is exhausting. Whether it's you or the kids, the chances of something going wrong are overwhelming.

But at least we can laugh at the situations we get ourselves into, right? Right...?

Read on for our nine hilarious and embarrassing real-life nanny confessions.

I had one charge, Daniel, who was very keen on trying to shock the adults around him. He made it his number 1 goal to learn as many naughty words as possible and repeat them in the presence of his elders. I picked him up from school one day and at the school gate he had a particularly mischievous smile.

‘Nanny’ he said, ‘I learnt the worst word ever today’.

‘Daniel’, I sighed, ‘We've been over this. Please don’t use rude words, it’s inappropriate. Who’s been teaching you this anyway?’

Daniel looked up at me with a glint in his eye. ‘I’m going to say it’

After a long silence and seeming to gather his thoughts, Daniel looked up at me once more.

To his extreme disappointment I burst out laughing. Poor guy looked so put out. Nice try.

"I lost my charge"

When I was working in Dubai as a rota nanny I looked after a little 5-year old boy, Max, who was obsessed with Star Wars. He watched at least part of one movie every single day. He had all the books, toys, and the biggest collection of lightsabers you’ve ever seen. He was also super cute.

Buuuut one day at a friend’s birthday party I lost my charge! We looked for Max everywhere, in the garden, under the tables. Nobody could figure out where he’d gone and it was looking like I was in serious trouble until I heard someone very softly humming the Star Wars theme tune. Max had hidden himself in an empty cardboard gift box and was pretending it was an intergalactic space shuttle. We were all very relieved.

"When I was working for a VIP family..."

Working for a VIP family - the youngest son has an enormous birthday party. Fireworks, actors, musicians, you name it. His dad is called up on stage to give a congratulatory speech.

As to be expected the dad speaks at length about how proud he is of his son, how he needs to work hard at school, some special wishes on his big day.

The dad finishes the speech to a round of applause and comes to sit down again, next to me. He leans over and whispers in my ear; ‘How old is he, anyway?’ Hmm.

Once I nannied for a boy, Mark, who really had his head in the clouds. On holiday in the Seychelles we were all swimming together in the pool when he announced to his grandmother that he needed to pee. His grandmother told him; ‘Mark, if you need to go for a wee, just get out of the pool and go!’

Mark swam to the side, climbed out, and then promptly turned round, dropped his trunks and to the horror of everybody swimming, started peeing directly into the pool. Needless to say there was a mad panic as everyone tried to get to the steps. I don’t think that was what Grandma had in mind.

On a work trip to France, the senior nanny and I (as the junior nanny) took our 3 charges to the funfair. At the end of our day out, the kids wanted to play the ‘throw the hoop round the bottle’ game, so we paid for them to get a selection of hoops each. They weren’t successful and gave up before they used all the hoops, so the senior nanny (a Ukrainian lady in her late 60s) decided to have a go - and won!

"Coloured crayons stuck in both his ears"

One of my charges once had to be collected from school and taken to hospital as he had managed to get coloured crayons stuck in both his ears and also one of his nostrils. He couldn’t hear anything I was saying to him in the car, poor thing!

Luckily he was fine after the doctor removed it all, and his parents were understanding that this was nothing to do with me! I would love to say he learned his lesson but the same thing happened again about a week later.

Once my two nanny charges wanted to play Fruit Ninja. However they opted to play, not on their iPad as you might expect, but in real life - with real fruit and a wooden sword. It was all fun and games until one of them pulled a coconut out and threw it at the other child’s head.

I put my charge to bed in the family home and was heading back to my room (live-in role). To go to my room I have to walk past the parents room.

As I was walking down the corridor, their bedroom door was slightly ajar and I began to hear a repetitive squeaking sound. ‘Uh oh’, I thought. ‘Not cool. I’ll just have to tiptoe past the door as quickly and quietly as possible’.

So I began making my way past their door on my tiptoes, when, horror of horrors, the door creaked open! I couldn’t help myself but look into the room, where I saw... the dad sitting on the edge of bed doing exercises with a pair of dumbbells. Squeak! Squeak!

Please get some new bed springs!

"Take your shirt off!"

When working as a governor, I once collected my charge Timothy from his karate class at school. As I did, I heard him telling the other boys that his governor was tough as nails and could easily beat up the karate instructor.

When he saw me he shouted - ‘Hey, James! I told everyone here you can beat up the karate instructor! Quick, take your shirt off!’ I declined. But it’s good to know a 6-year old has confidence in me, I suppose.