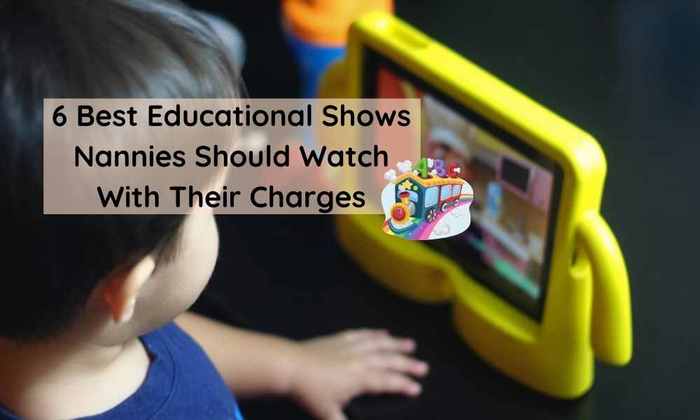 Young children are great at retaining new information, especially when it comes from visually appealing shows. While television can be a double-edged sword, picking shows that carry positive influences are great every once in a while.

Shows that have an educational element can help children to make connections with a variety of concepts. Nannies can mimic the action and scenes shown on TV to help their young charges understand the lessons. And of course, letting kids watch educational shows can also develop their imagination and creativity.

When choosing which shows babies should watch, it is important to find those that are simple and easy to understand. While young charges cannot retain yet important information, educational shows can help them identify real-life concepts and pick up new words and ideas.

This longtime favourite of children and adults started airing in 1969. Since then, the PBS-classic has produced over 50 seasons, with more bound to come soon. The show covers a wide variety of learning topics, including everyday activities, numbers, and objects.

Sesame Street is best known for bridging cultural and educational gaps through fun and interactive activities. The show also ties friendship and good behaviour into every lesson.

This entertaining TV show uses sign language, American English, and Spanish to teach young children lessons about culture and family. Nina's World incorporates daily activities such as serving meals on the table and interacting with people when introducing her viewers to new words.

Toddlers are great at soaking up new information. These TV shows are packed full of opportunities for charges between ages one and two to learn about maths, science, and language.

This oldie from Nickelodeon first aired in 1996. The interactive show takes toddlers on an adventure to solve a mystery. The show’s human host has various pauses to allow caregivers and their charges time to comment and shout out the answers to the clues.

In 2018, Nickelodeon rebooted the series under the new title “Blue’s Clues & You!” Similar to the original series, the reboot features a human host in an animated world. The show’s episodes are available on Nick Jr., Prime Video, and Youtube.

The Dinosaur Train features creatures that lived during the cretaceous period. This animated show revolves around the life of a T-Rex living in a family of pterosaurs. The TV show teaches kids to embrace each other’s differences.

These educational TV shows are best suited for children ages three and above. However, younger and older kids might also enjoy some of these.

This educational media franchise is currently available on Netflix. The Emmy Award-winning series tackles a wide range of themes and subjects such as outer space, computers, deserts, and other themes to interest kids.

The show has been featured on The New York Times and other major news outlets. StoryBots was designed to resemble Sesame Street but aimed for a device-centric generation.

If I Were An Animal

Emma and her big brother, Tim, observe the life cycle of different animals. The wildlife documentary is the first that is written as fiction and hosted by kids. The series features animals as they go through life milestones, from birth to adulthood.

If I Were An Animal is currently streaming on Netflix.

There are a lot of education apps fit for young charges. Click here to find out the best.