How to Know you Work in a Nanny or Governess Job in Russia! 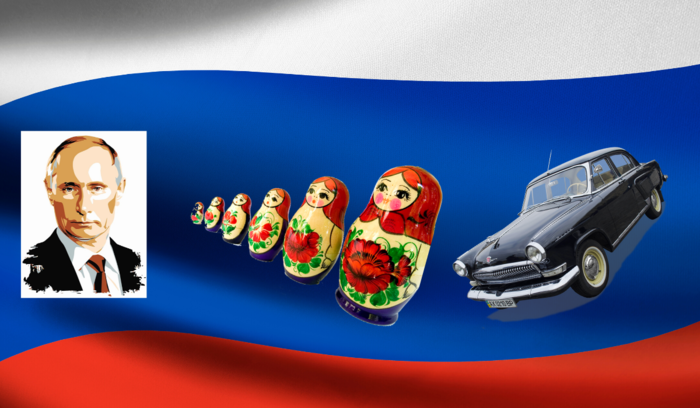 Today’s guest post is about nannying and governor/ governess work for those candidates based in Russia.

Russian kids, as is perhaps to be expected, have their own nuances. Russian families can be quite different from their European or American counterparts. So, here are 12 ways you know you are in a governess or nanny job in Russia! It’s a special experience, that’s for sure.

Assuming you nanny for a ‘VIP’ family, you presumably deal with one of several drivers. Russian family drivers seem to come in one of two categories. They are either silent, stern and grim faced, or friendly, talkative and occasionally liable to ask you out on a date.

Your driver probably doesn’t have a wonderful grasp of English but, if he is of the second category, he’ll be trying his best. As one governess candidate reported, her driver would announce his arrival to collect her for work each day with a simple text message reading: ‘I came.’ Good to know.

It’s true that the Russian rich do have a penchant for safety (and perhaps also a little for showing off). For this reason you’ve probably found that you (and your charges) have been assigned a Fedya or a Kostya to follow you around (camo gear optional). And unlike security guards in the UK, most in Russia are equipped with firepower. No, Fedya is not just pleased to see you.

Security guards tend to fall into the same two polar brackets as the drivers - so Fedya spends his free time either death staring you or inviting you in for a tasty bowl of mama’s homemade Borscht with huge lumps of smetana (sour cream) floating around in it. 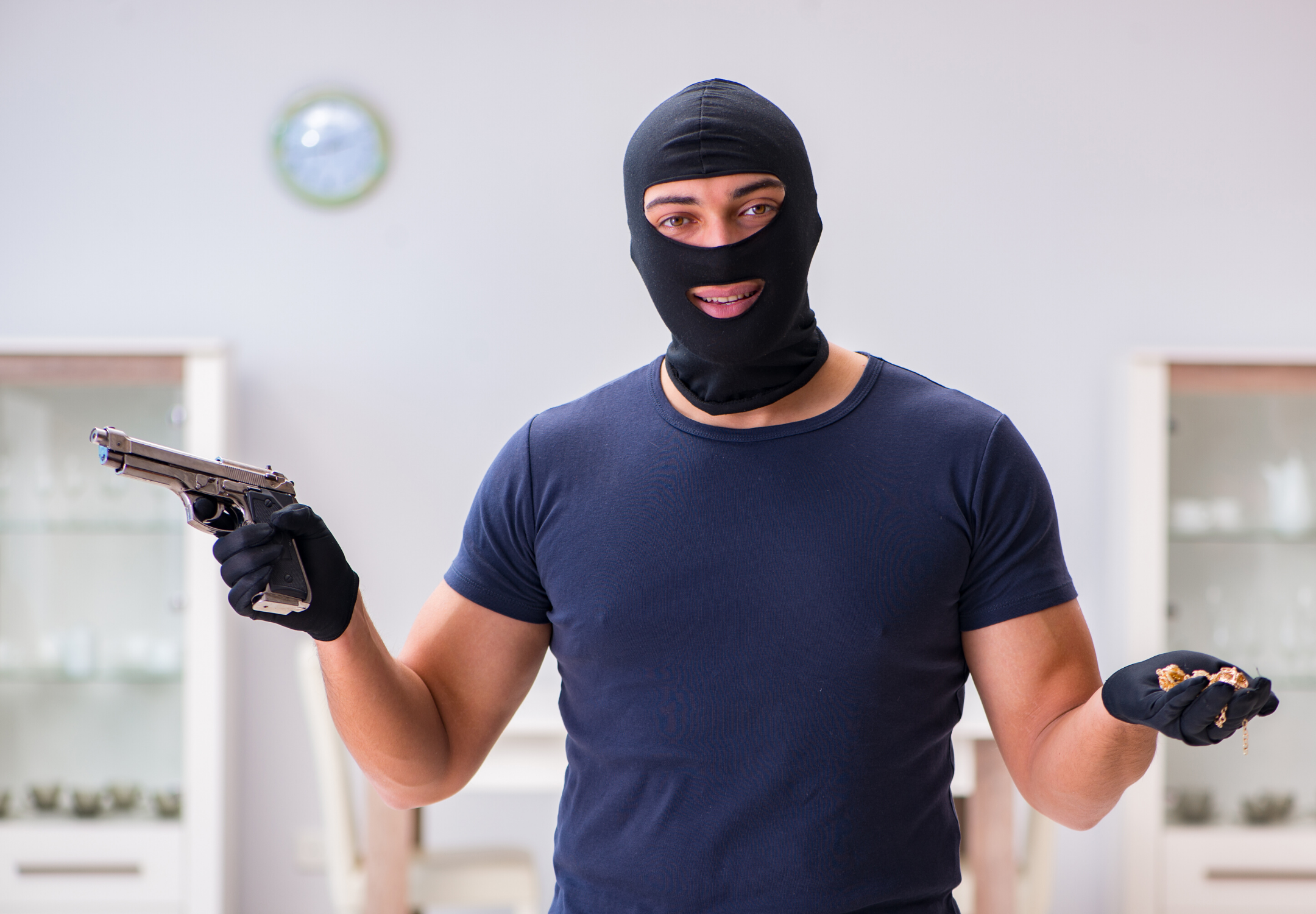 At least Fedya is a looker... probably

Depending on how long you’ve been in Russia, you might have already learned to enjoy, or even love, a bit of borscht. And that brings us onto a whole other story ...

Now that you’re part of the family, you will likely be submitted to the same diet as your charge. That means lots of lovely gretschka (buckwheat), kasha (porridge), soup every day, salads consisting only of cucumber and tomato, copious amounts of the aforementioned smetana and of course ukrop (dill) with absolutely everything. 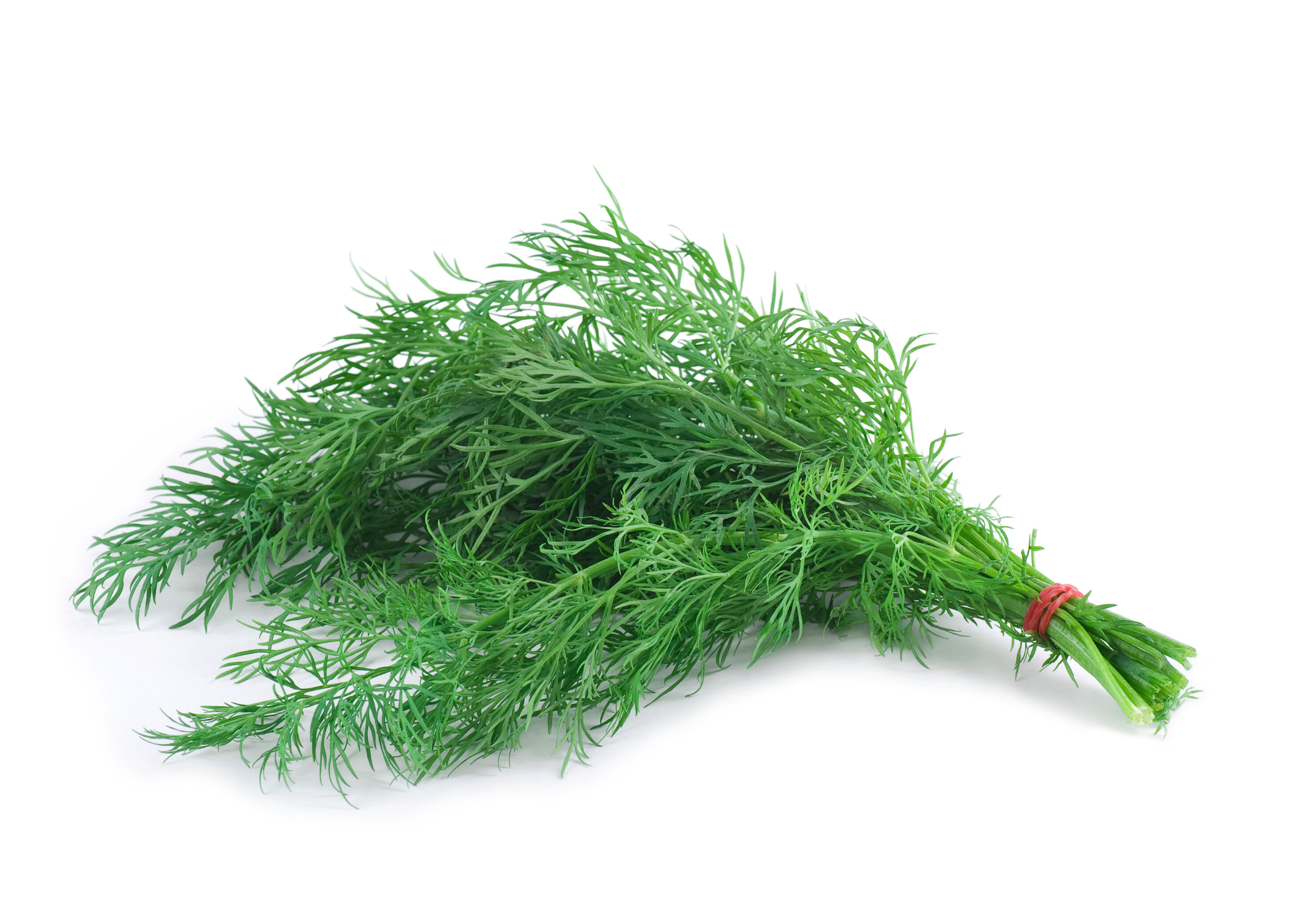 They say variety is the spice of life, but sadly, it isn’t. Especially not at work in your nanny job. But at least the lack of flavour will keep your stomach safe, as spicy foods tend to be something of a rarity in Russian home cooking.

Being part of the family also extends to what you’re wearing. Assuming you’ve been lucky enough to avoid being assigned a ‘uniform’ for work, your newfound family will have a very close eye on your clothing, as well as the way you dress their child.

As a general rule, both you and your charge should be well overdressed to avoid getting a talking to. You may have a Russian co-nanny prepared to shoulder responsibility for the kids’ clothing. If this is the case, you should hopefully be able to avoid the inevitable telling off for not insisting your charge wears gloves and a hat whenever it’s less than room temperature outside. Neglecting donning your own coat, even in the summer sunshine, comes at risk of disapproving looks of varying severity from the parents, your co-nanny, and, of course, Babushka.

That’s right, prepare for mass confusion. Alexander is now called Sasha. Get your head round that. Alexandra is also Sasha. So take that too. Maria is Masha, Vladimir is Vova. Ilya is Ilyushinka. Deal with it. Alexey is Lyoha. I hope you’re writing all this down because if not, you won’t have a clue what’s going on. Especially at the kids’...

Yep. Robbie Williams got it right in ‘Party Like a Russian’. Little Misha’s 6th birthday is going to blow your dad’s 50th out of the water. Prepare for extravagance out of The Great Gatsby, huge amounts of food that nobody eats, an astonishing number of children’s entertainers (where do they find them all?) and a wide selection of Russian songs that everybody but you knows the words to. Oh, the emotions! Prepare to feel impressed, confused and gutted all at the same time as Misha is proffered an envelope with ten grand in it as a birthday ‘gift’. And be aware that you’ll almost certainly be introduced to some of their…

Time to meet some Russian celebrities you’ve never heard of! Smile and nod politely as you pretend you know who these singers and actors are, even though you don’t own a TV in Russia. Try to write down their names on a napkin so you don’t offend them next time you meet.

8. The homework and school workload

Of course, it’s not all fun and games. School in Russia tends to finish early and start late, and your kids have probably been shackled down with hours and hours of homework to be getting on with. All you can do is hope that they have a sensible amount of English homework! And then they’ve got their extra-curricular activities to be getting on with. Oh, those activities...

Horse riding! Judo! Boxing! Ju-Jitsu! Swimming! Chess! Sword fighting! Seriously, do these kids ever get a minute's peace? You know you’re a nanny for Russian kids if you’ve been faced with a weekly timetable like this.

If they do get any downtime, the kids may find their way in front of a TV to watch an 18+ movie that their dad says is fine. 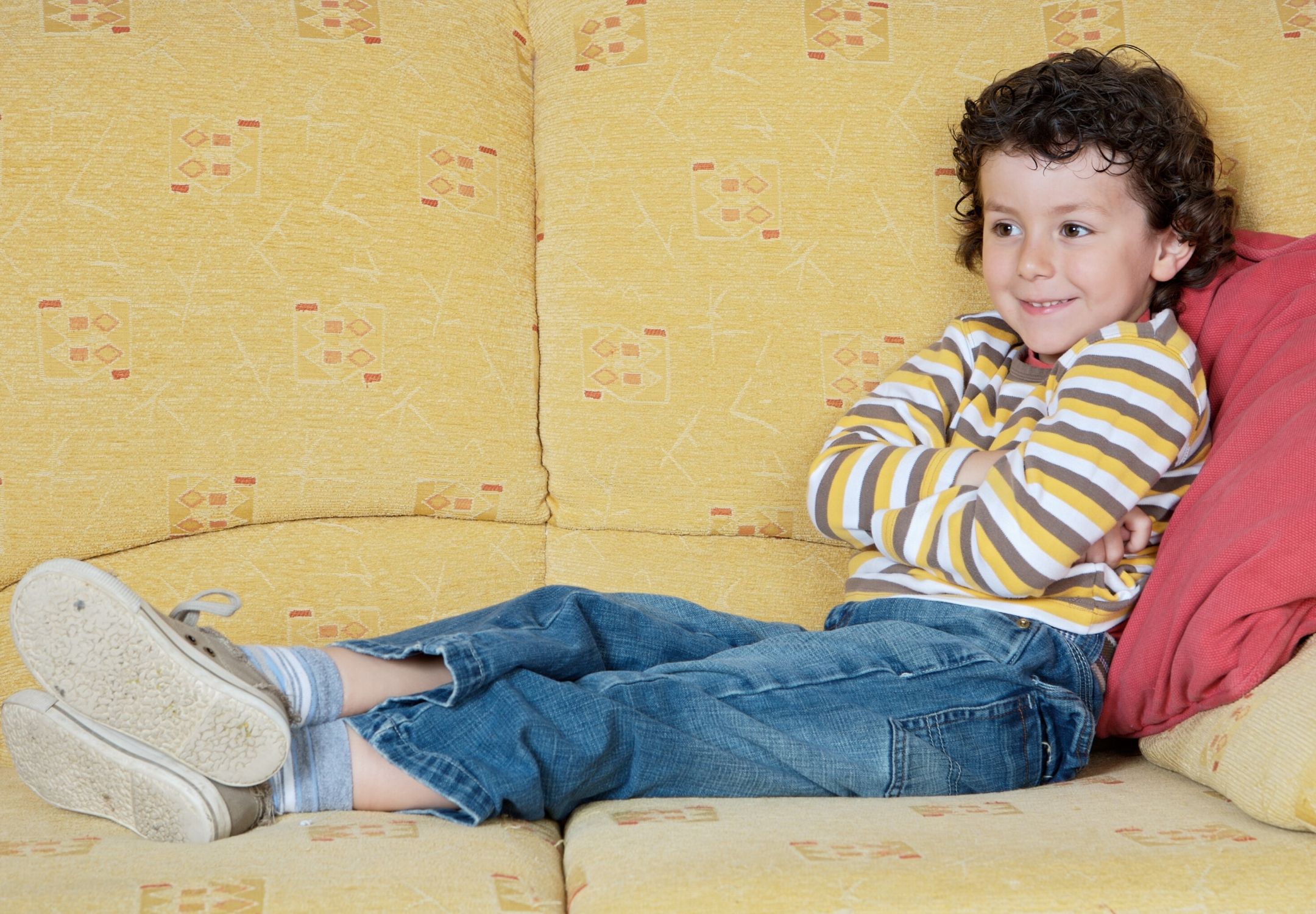 It’s true that Russian families (especially the wealthy ones) do seem to follow a trend for disregarding what is ‘age appropriate’ for their kids. But that doesn’t stop them...

You’ve got a cold? Then you can never return to work again. It’s the end of the road. You coughed? Best case, it’s Coronavirus, worst case, you’ve got the plague. You can’t be here anymore. Sorry. 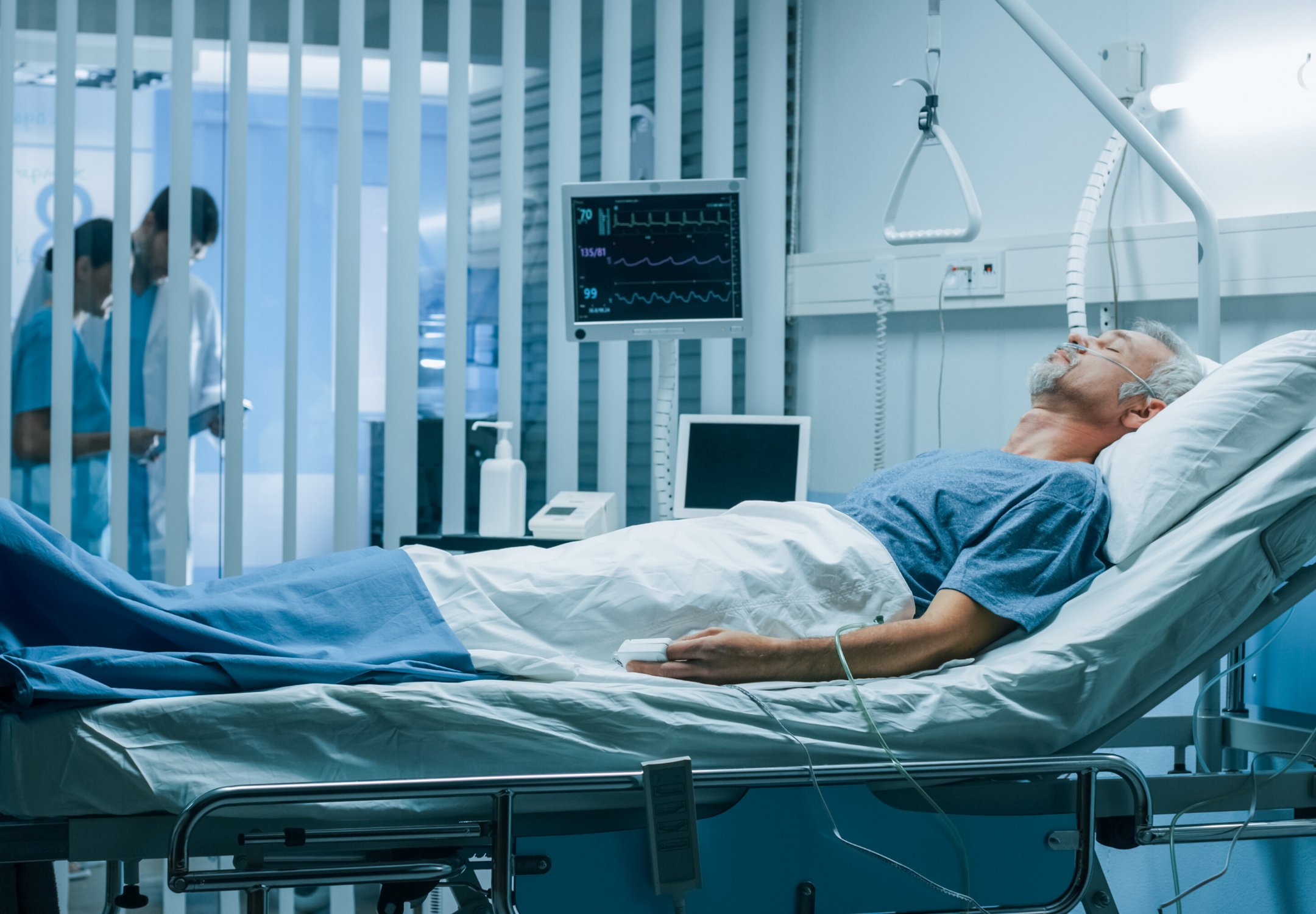 37.5 degrees? Might as well cut out the middleman and go straight to the hospital

Don’t worry, it’s not all bad news. Your Instagram followers are in for a confusing treat as you board private jets and sail on yachts to awesome destinations across the world. I say ‘across the world’; in reality the list seems to be limited to the Maldives, St Barths and Courchevel. But hey, that’s not too bad, is it? You’ll still come back with a tan. It should all be fine, as long as you aren’t joined on your travels by…

Last but not least. Every nanny and governess in Russia has come face to face with Babushka. Hopefully you’ve lived to tell the tale. Possibly you were banished to your room for asking Misha to tie his own shoe laces, or to pick up a single Lego brick from where he chucked it on the floor. Prepare for nonstop remonstrations about feeding, clothing, schooling and ‘How to Teach English’. Babushka knows best, so argue with her at your peril. Put on your ‘I’m grateful for your constructive advice’ face; Babushka is a force to be reckoned with.

So there we have it! If you’ve faced some or all of the above, you have well and truly been inducted into the society of nannies and governesses in Russia. Hopefully you’re enjoying the experience!

If you have any thoughts or comments on things that you found typical from working as a governess in Russia, please let us know. We would be happy to hear from you in the comments section.

This blog represents a light-hearted take on the author's views on working as a nanny in Russia. The views of the author are not necessarily those of Jobs in Childcare.